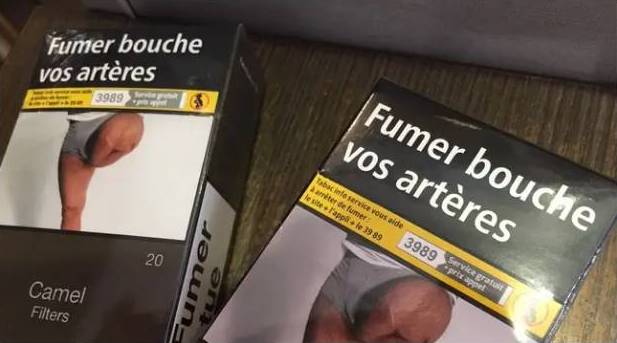 A 60-year-old disabled person in East France was surprised when he saw the picture of his amputated leg on the cigarette packet.
This photo was published as a warning to be a smoking health.
The message was written with the picture that ‘smoking can turn off your veils.’
However, this photo was not allowed before using this photo.
The person belonging to Albania in the city of France, says that his leg was lost in an incident in Albania in 1997.
The picture has identifiable wounds and symptoms, but the European Commission, which is responsible for delivering health-based pictures of this nature, says that this person is misunderstanding.
According to French media, the son of the allegedly affected person saw this picture last year when he bought a packet of cigarettes from Luxembourg.
He brought this packet home and saw other family members.
The daughter of the infected person told a local newspaper that ‘On returning from Luxembourg, my brother kept a pack of cigarettes on a table without saying anything.’
‘We are shocked. We were not sure. ‘
This family believes that this is indeed the image of his father’s legs.
His daughter said, ‘This is our father.’ The signs on their leg are unique and specific. ‘
The victim, whose name is not being written here, says that he never allowed anyone to use the picture of his amputated leg.
He believes that this picture may have been taken to the hospital in 2018 when he went to a hospital to know whether a helpful device could be traced or not.
For the past 20 years, they have been helping with twenty-five people.

Anthony Fatantte’s advocate of the victim’s family is also the image of his client.
‘(Leg on) Each wound is specific and infinite. The second leg of the affected person also has signs of burning and it is very clear. Their identity for a specialist will not be a big problem. ‘
The lawyer further said that “it is very uncertainty that a man can get himself in the entire EU on a cigarette packet without his own custom.”
The lawyer further said that he has also asked the hospital to tell him how his  image was reached their.
However, a French newspaper has denied the claim that during the European Union’s ‘smoking campaign, the same image was used in the year 2017, and the affected person says his photo in the hospital in the year 2018 This image was created in the EU database in the year 2014.
The hospital was also contacted by the newspaper, but the confirmed person’s statement could not be confirmed.
A French Commissioner told the French newspaper that “every photo used in the anti-smoking campaign is contracted with the image-maker and all rights reserved for photographs are protected.”
In the light of the infinite information we can say without doubt, that no photo has been made for the purpose of this person.